Inspired by the experiences of Tom Baker 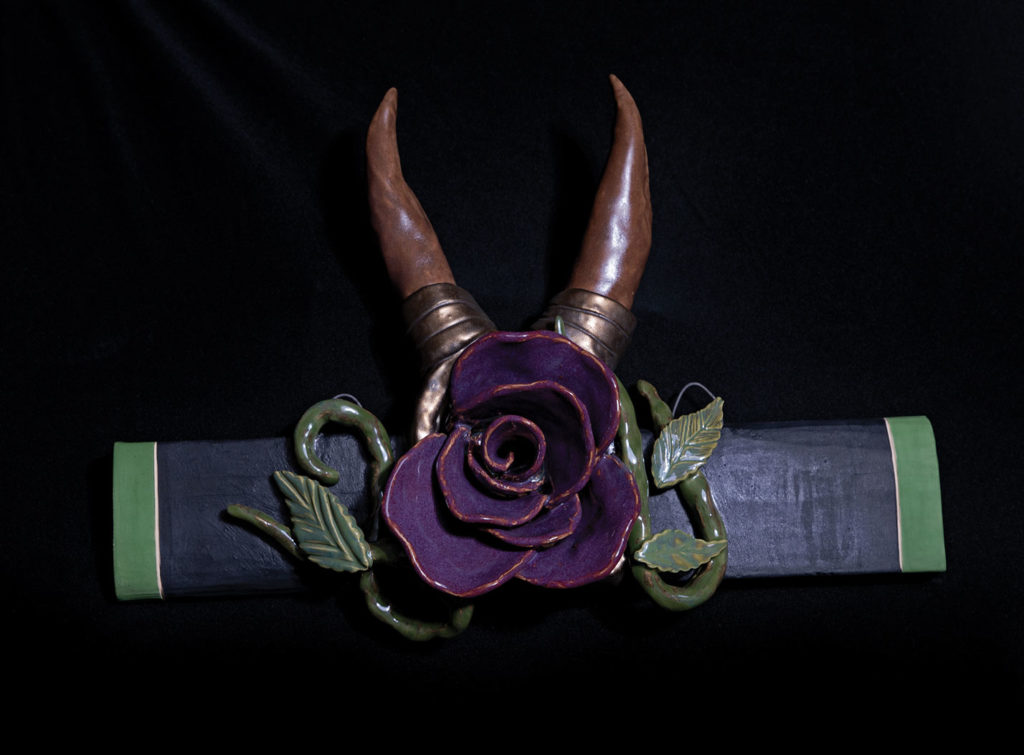 I was born and raised in Columbia, South Carolina and I’ve studied sculptural art since high school. I was initially drawn to clay because I could pick up a clump of what is essentially ‘earth’ and turn it into anything. I love the excitement of opening the kiln and hoping your piece survived the thousand or so degrees of heat without exploding. This fragile dance between beauty and disaster, wet and dry, light and dark, calls me back to clay every time. When I joined the US Navy and was stationed on a ship out in the middle of the sea, I remember watching the flying fish leaping through the waves as the ship was moving. The military can be an inflexible and rigid place. Art saved me from what the military drained from me. Reading the story of another veteran and bringing my healing perspective of art, has been a novel and illuminating experience.
I created a piece to show how life can evolve and grow out of the unpleasant. The story was of a young man destined for the military who became a doorgunner during Vietnam. What the man in the story couldn’t see were the demons that were waiting for him on the other side of service. The title of my piece is “Voices that Rose”, referring to the demons that can sneak into the light from dark moments, screaming at you to do something. The rose in my piece has fought through the iron and metal to create a bloom of life, colorful and rich, where there should be none. This man found a new mission, to help veterans, which is still strong today and he is still fighting the demons of his past. I have fought those demons too. What has kept me safe is the beauty of new creation and new life. South Carolina has so much beauty, you can see it in the trees with the life that thrives around it. One of the demons lurking in the darkness of my mind is the death of the natural world. Fortunately for us, life is abundant and growing beneath it.
Instagram: @saragraceceramics