Inspired by the experiences of Ana Sazonov 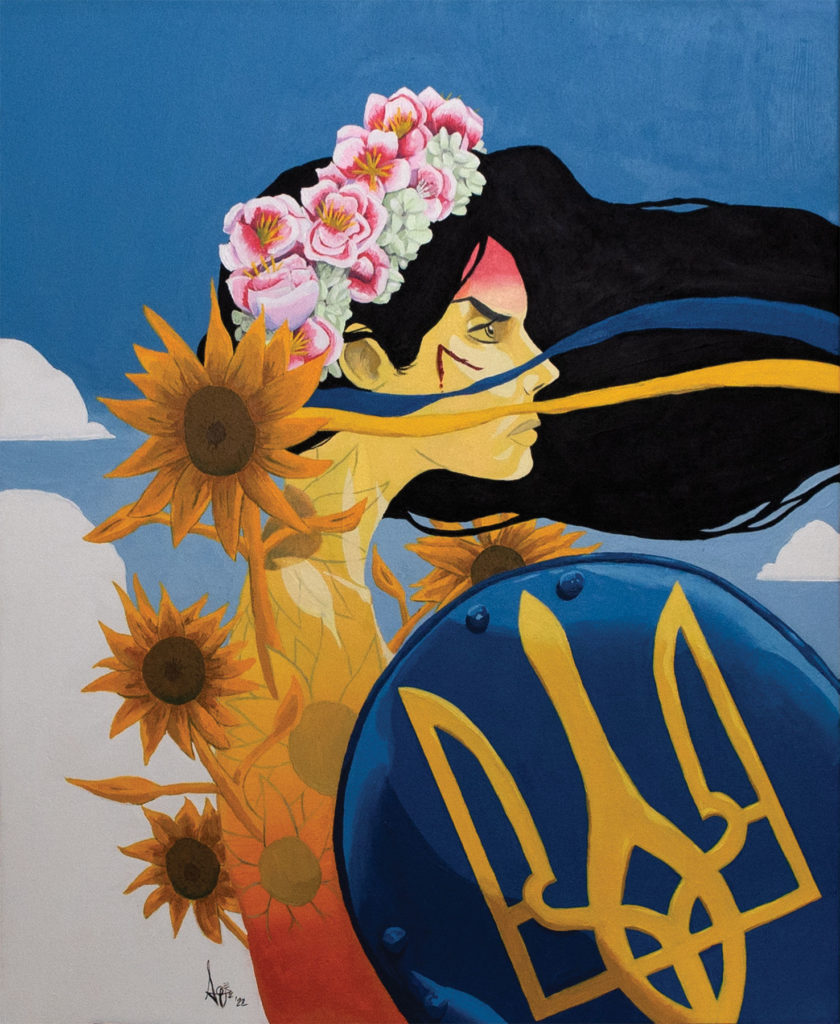 With the war in Ukraine still ongoing, Ana Sazonov’s personal story is a reminder to keep attention and focus to the tragedies and injustices that this war has brought unto the Ukranian people. Ana’s personal connection as a Ukranian herself, and her efforts to support her people through ongoing discussions on this war, draws a comparison to the resiliency and hope the of citizens are currently enduring throughout this tragedy. As time passes, the world’s attention and support may wane from the height of the onset of the war, but as in any war, this conflict is very real and ongoing for the people living in the country and Ana continues to shine light on that in her story.
This war has brought attention to the strength, faith, firmness and capacity of the Ukranian people. While I am new to the Ukrainian culture and history, their palpable strength and defiance in the face of an oppressor is what I wanted to display in my work. Paralleled with with Ana’s personal journey, I wanted my work to be an abstract but very real symbol and depiction of standing firm against an enemy and the injustices of any war.
Instagram:@sammyivanlopez

In Our Minds, Hearts, and Actions