Inspired by the experiences of Ted Minnick 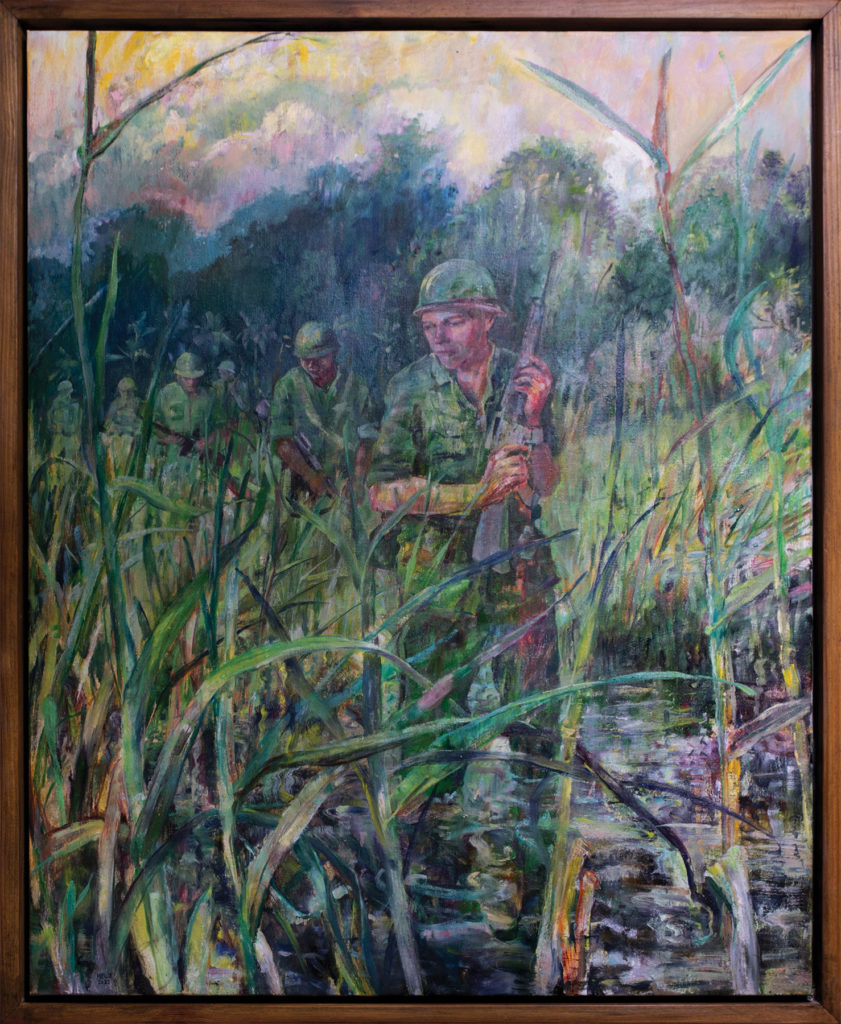 Reading Tim Minnick’s impressions from Vietnam, ca. 1969, and also sorting through photographs and films from the Vietnam War, I was struck by a common thread: the grass itself. Grass weaves through so many of these accounts and photos. Grass swirled as helicopters landed to drop men into faraway combat zones, and it swirled again when helicopters came to extract the dead and wounded. Soldiers marched and crouched through it. Minnick describes the razor sharpness of the blades of grass, and in photos you can see each leaf structure is easily 4 feet long and the full plants taller than a man. The enemy could hide there. Anywhere in there. In my painting, the grass and the muddy ground act as a visual metaphor — a metaphor for the fear and hostility embedded in the landscape itself, and for the vulnerability of the young men who were asked to march through it.
Instagram: @michaelrossart
Facebook: michaelrossart