Inspired by the experiences of Michelle Rosenthal 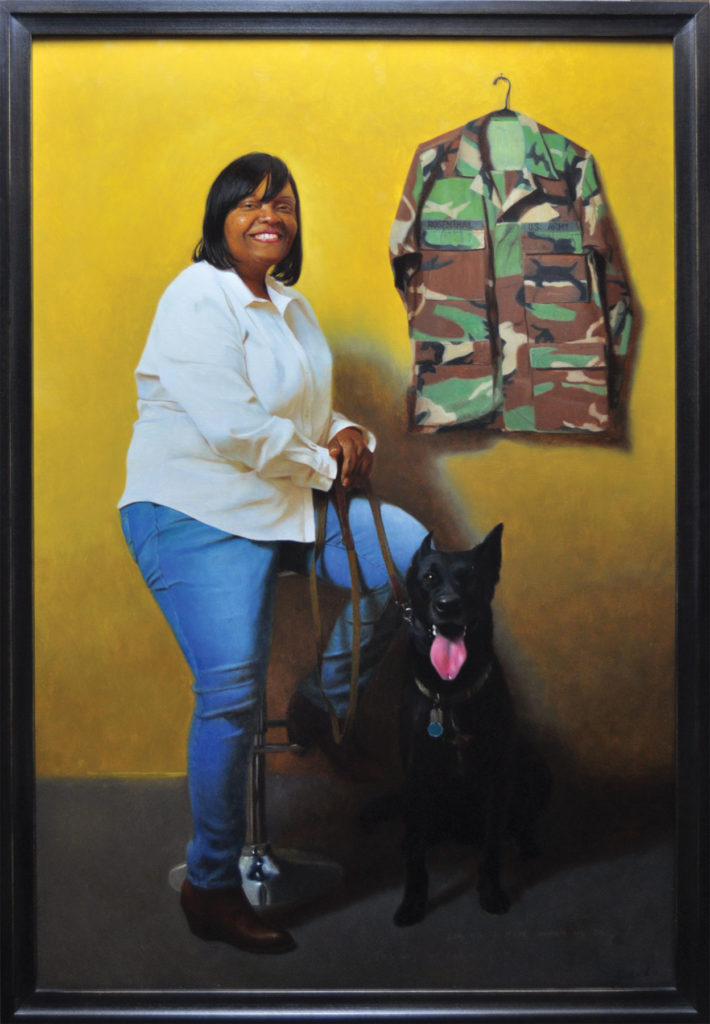 Michelle Rosenthal still carries the weight of the trauma she experienced as a private in the US Army as a result of her commanders’ disgusting and hateful words. Her resilience has allowed her to turn her horrible experience into something beautiful by helping other survivors of abuse as a paralegal and later as a witness victim liaison. Michelle shared that when supporting survivors of abuse, you have to look deep to get to the root of the problem. This is what I tried to express in Michelle’s portrait.
At first sight, this painting looks like the portrait of a woman posing happily with her beloved dog. Michelle smiles at the viewer in front a rich, bright yellow background. The longer you examine the painting, you notice how the bright yellow color darkens as your gaze shifts downward. The body of the dog rises from the dark, his eyes intently on you, one ear pricked back, as if waiting for Michelle’s command. Look even closer, and you will find Michelle’s own words scratched onto the panel: “I’m ok, I make myself be ok.” She hides her pain behind a beautiful smile, feeling safe with Onyx, her guardian dog by her side. “This dog is not a pet.”

FIERCE: A Profile of Courage