Inspired by the experiences of Jackie Holmes 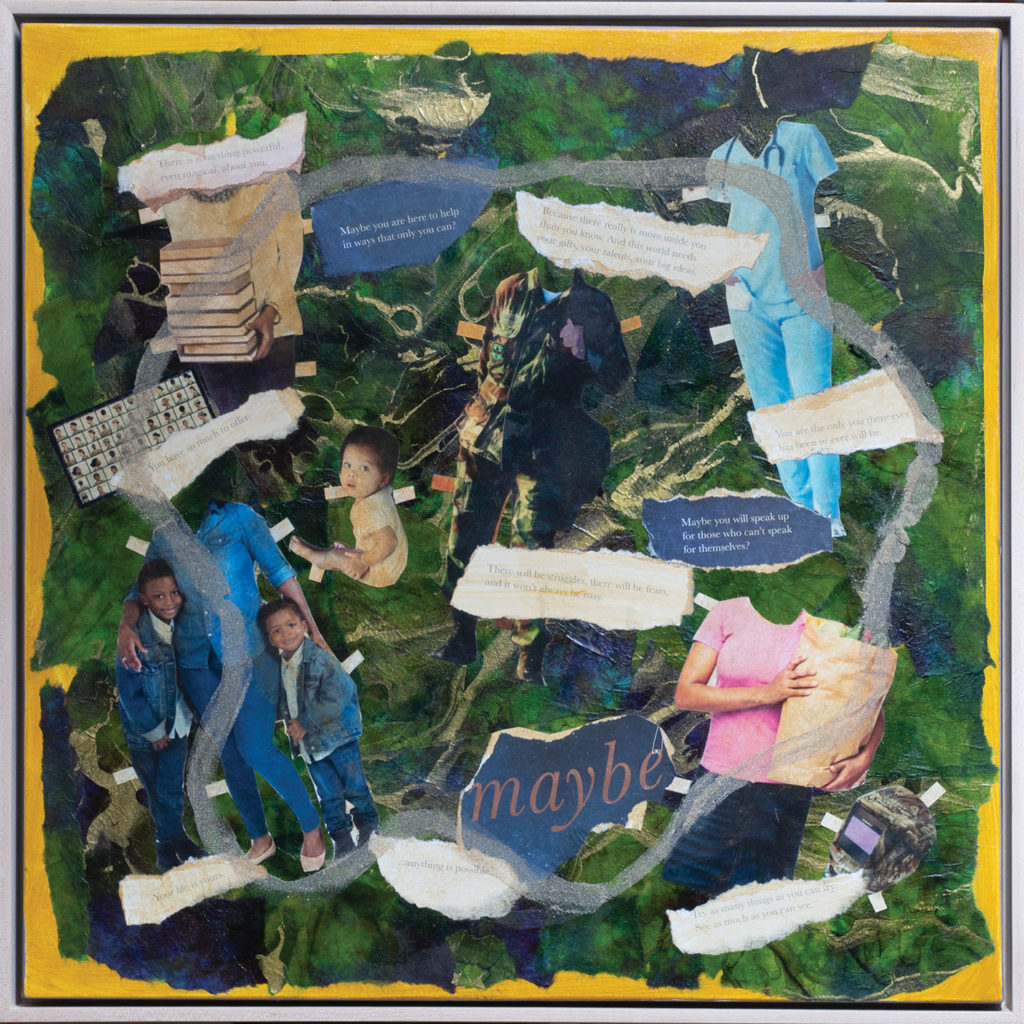 I found many personal connections to this subject and to my assigned veteran. It was an honor to bring this veteran’s military experience to the canvas. I decided to do a 24” x 24” mixed-media collage to honor Desert Storm Army veteran Jackie Holmes, who has taken on many roles in service to others.
The background is of handmade papers that resemble camouflage with a bit of gold.
Jackie had mentioned that she wanted to be a “tough G.I. Joe girl”, and that made me think about the equivalent of the G.I. Joe doll for girls. Of course, there isn’t one. Instead, many girls our age had paper tab dolls. I used that idea to encompass Ms. Holmes various careers—a teacher, nurse, mother, a community supporter and of course an Army soldier. Added are a few smaller elements from her story, like her young seven-month-old baby, the approved hairstyles for women soldiers, and the welding helmet that she was pressured to wear.
I also incorporated a favorite book of hers called “Maybe”. Those book pages were collaged into the artwork—the phrases are words of encouragement for someone finding their career path.
Finally, I added a ribboned path around the collage made of sand I brought back from Utah Beach in Normandy, France, where my own father came ashore during World War II. He, too, was a young Army soldier unsure of the path that lie ahead of him. The sand reminded me of Jackie’s role in Operation Desert Storm. That path of sand connects the images, to the words, to Jackie, to my father and to me.
Instagram: @maryckamererart
Facebook: Mary Kamerer Fine Art