Inspired by the experiences of Charlie Pacello 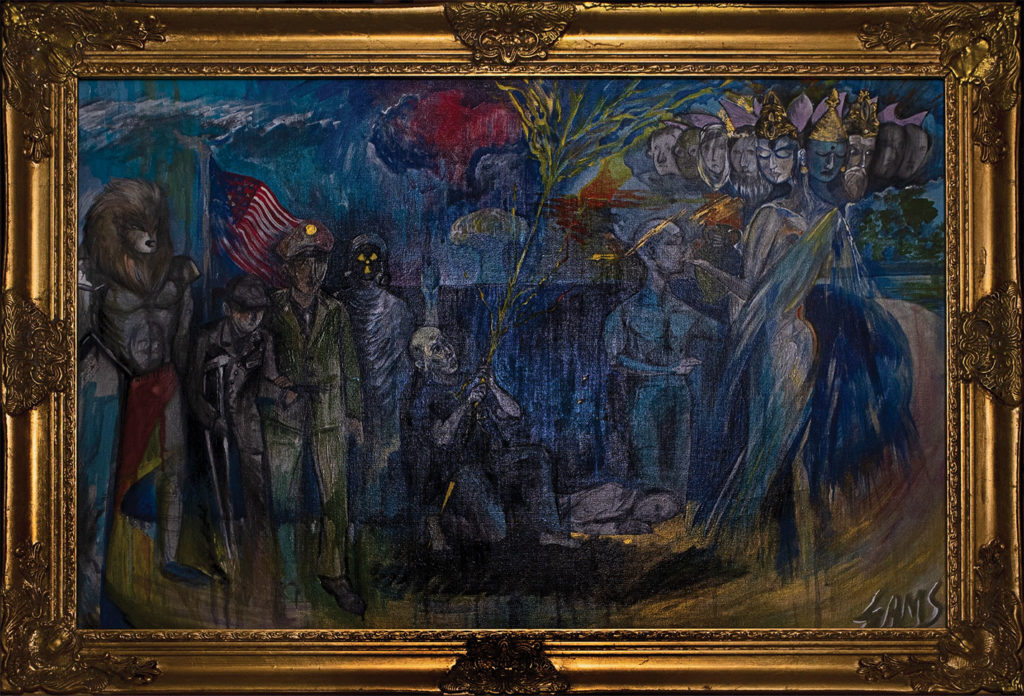 "The Sacrament in Exile"

The artist’s pictorial translation of Charlie Pacello’s account of his journey, from the next in line of a proud family of warriors to ultimate disillusionment of self and the frightful awareness of the world-ending power he came to understand to closely for comfort.
His path ultimately leads to redemption through a new understanding of self, a catalyst of which being a transcendent experience on the banks of a half-moon shaped island in Thailand, represented here. The procession of figures is bookended by two out-of-this-world figures, on the left stands the oldest archetypal ancestor of his family’s warrior lineage, a lion-headed manticore. On the right, the multi-headed man/woman “with a thousand faces” that appeared on to him on the island.
Instagram: @trianglezero

“The weak can never forgive. Forgiveness is the attribute of the strong.”
― Mahatma Gandhi