Inspired by the experiences of Hazel Goldman 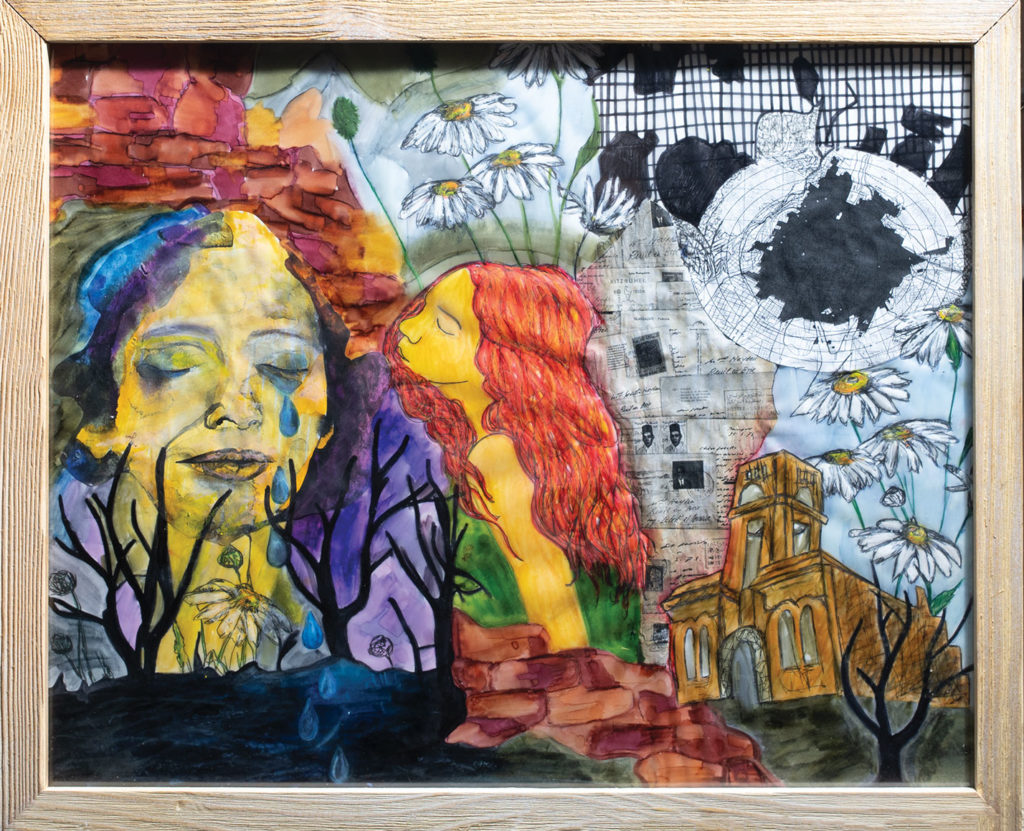 "The Passage of Memories"

Without the sharing of memories or past traumas, stories get untold that could break generational patterns. In this piece, I wanted to share a glimpse of the pain that is carried throughout one’s life when words are left unspoken, when letters are redacted and communication is cut off, and memories get cluttered or overshadowed by life’s day to day activities.
Before I created this piece, based on the words shared by the writer, I had to do a bit of research on Hiroshima and the Bombing of London. How could I express the effects of these disastrous events without knowledge? It was through this reading- reading to understand, to feel, and to heal that I could then use the materials to create.
I chose to highlight the passage of time for one’s memories: how having the unknowing in your youth of your parents’ struggles and triumphs affect you differently as you learn more details about those things in your adulthood, and even when the world seems to be filled with brokenness. There is a hint of light that brings forth joy through broken walls.
Twitter: @AmyrrhDesigns

A Silence Worse than Deafening

“There are three deaths. The first is when the body ceases to function. The second is when the body is consigned to the grave. The third is that moment, sometime in the future, when your name is spoken for the last time.”
– David M. Eagleman,
Sum: Forty Tales from the Afterlives