Inspired by the experiences of Larry Dandridge 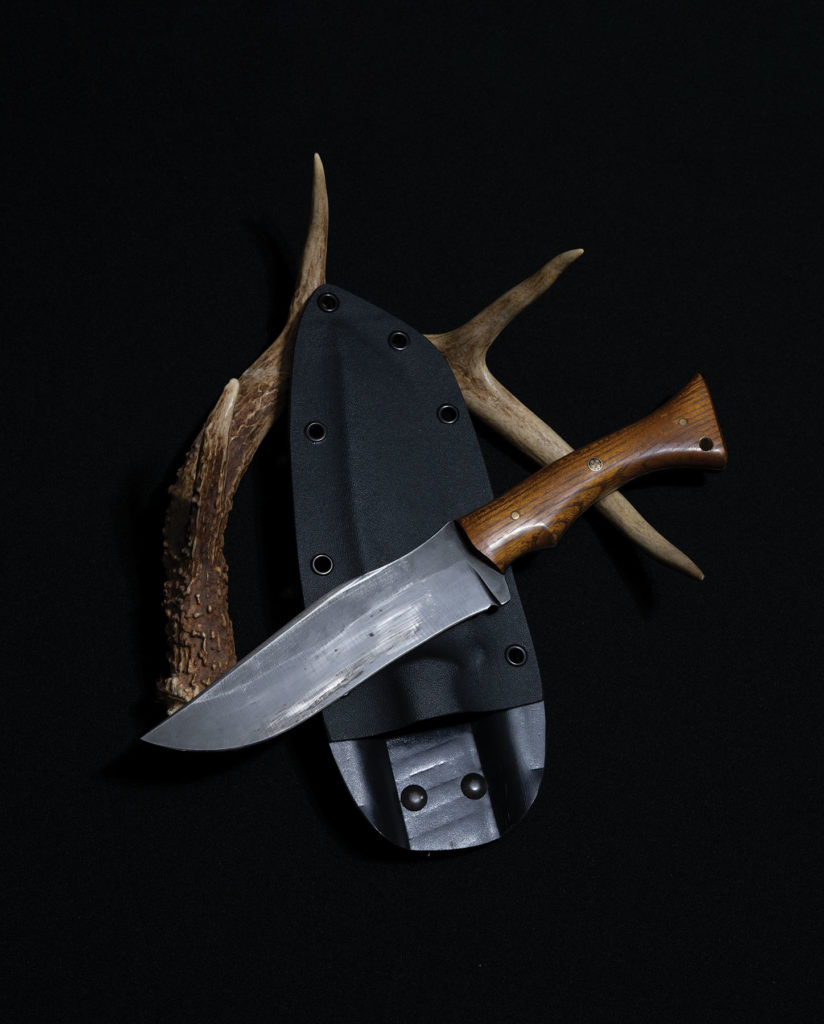 When I was approached by Bullets and Bandaids, I didn’t know what they were expecting. I don’t make museum pieces. My work isn’t typically about being pretty. It’s about function. My knives are meant to be appreciated for the way they hold an edge, how they’re balance, and how they are meant to be the right blade for the right job. However, when I read Larry’s story, it started to make sense. I started realizing that if they had approached me, they knew what they were asking for. And if they didn’t, they’d find out what I’d give them soon enough.
I created a hunter-fighter knife because that is what he was. A hunter and fighter. The gun-metal finish was for obvious reasons, intentionally not meant to be mirrored except for the cutting edge itself. The mosaic pin speaks to the individuality of the man himself, and the osage handle, like the hardened steel, speaks to the man’s constitution. I also made it slightly larger and didn’t know why at first. I just did it. But then I thought maybe it fit because I felt he was bigger than life. Or maybe I just wanted to show how great my gratitude is for him and his sacrifice.
Facebook: joeysforgehandmadeknives
Instagram: @godchaser64