Inspired by the experiences of Sean Lowe 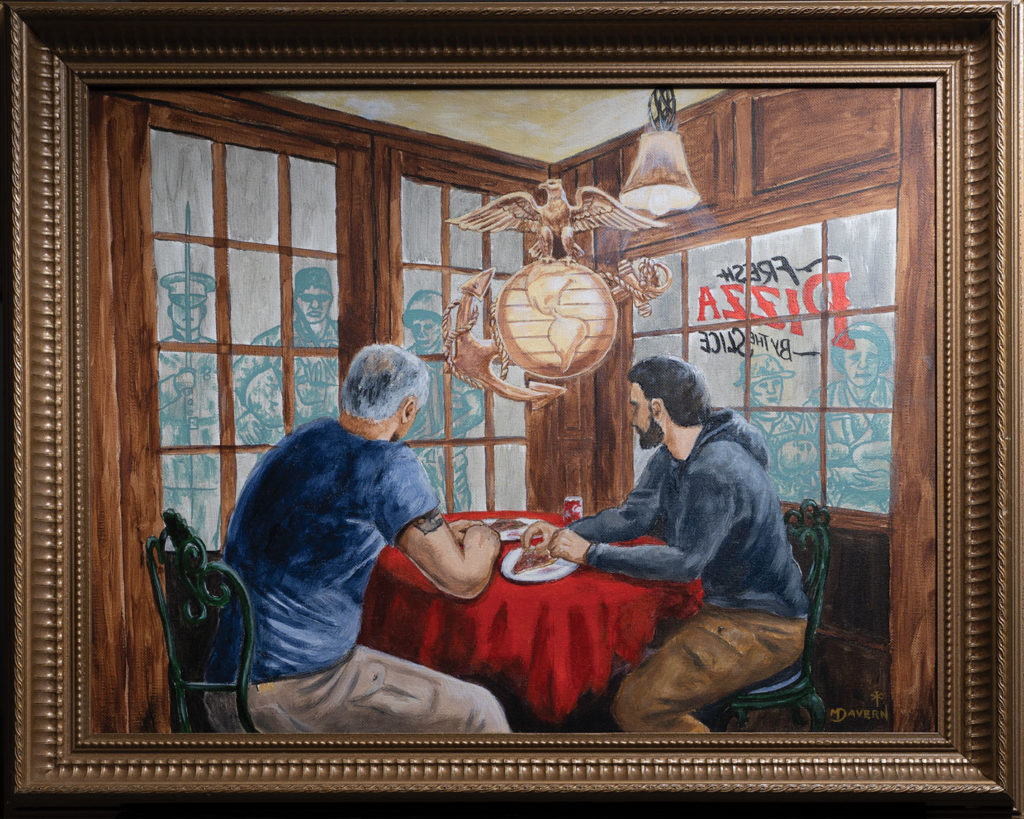 Two brothers in arms; perhaps the same conflict, perhaps different wars and different times.  They meet at a favorite place to enjoy each other’s company, swap stories and to silently understand the hurts and triumphs they have experienced.
The Marines outside the windows are personal memories, indelible in their minds and spirits.  Some memories good, some not so much.
The obvious tangent between the Marine emblem and the hanging lamp is on purpose.  Life is full of tangents-where one object seems to be touching another, yet they are on different planes. Could the opposite be true in life?
Instagram: markdaverntattoo40
Facebook: MDTattooInc