Inspired by the experiences of George O. Fields Jr. 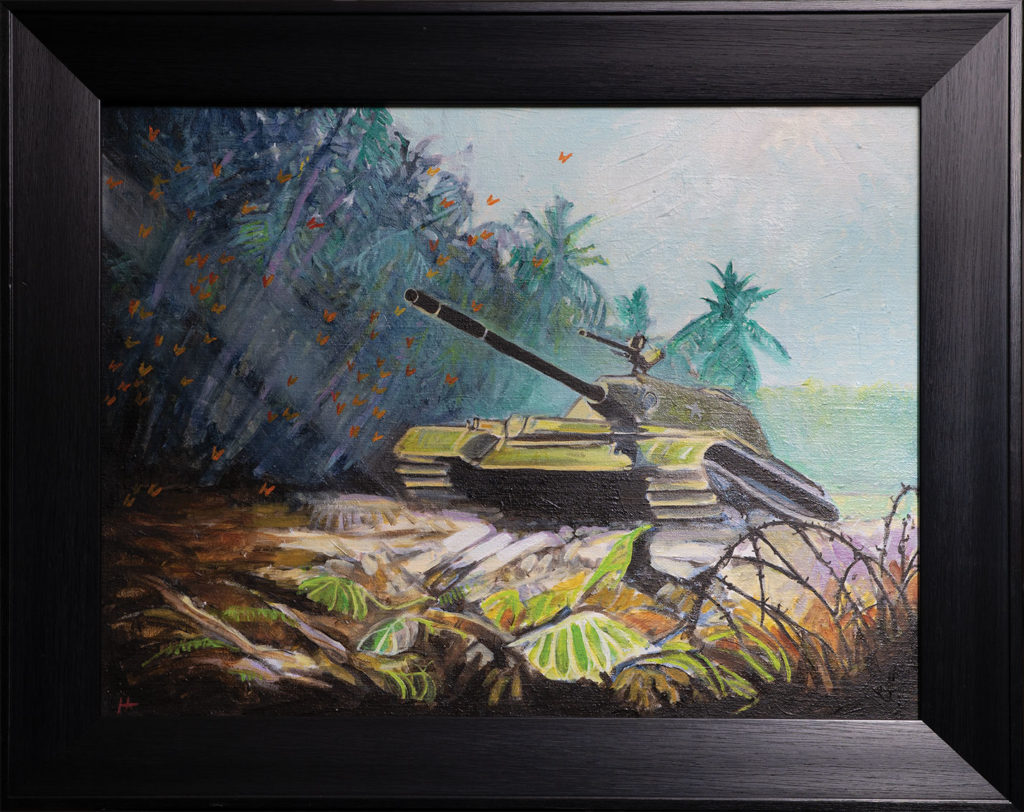 The purpose of this piece was to capture a moment in time. In Vietnam, the writer with his fellow soldiers and the tank came around a corner upon a Lipton Tea plantation. A group of Monarch butterflies flew up from the fields and across the road. The imagery of the jungle behind them with the cold, dangerous tank interwoven with beautiful butterflies gives the possibility of finding moments of beauty in war.
Instagram: @sovereign.creative

The Airborne Ranger and The Butterflies