Inspired by the experiences of Sergio Alarcon 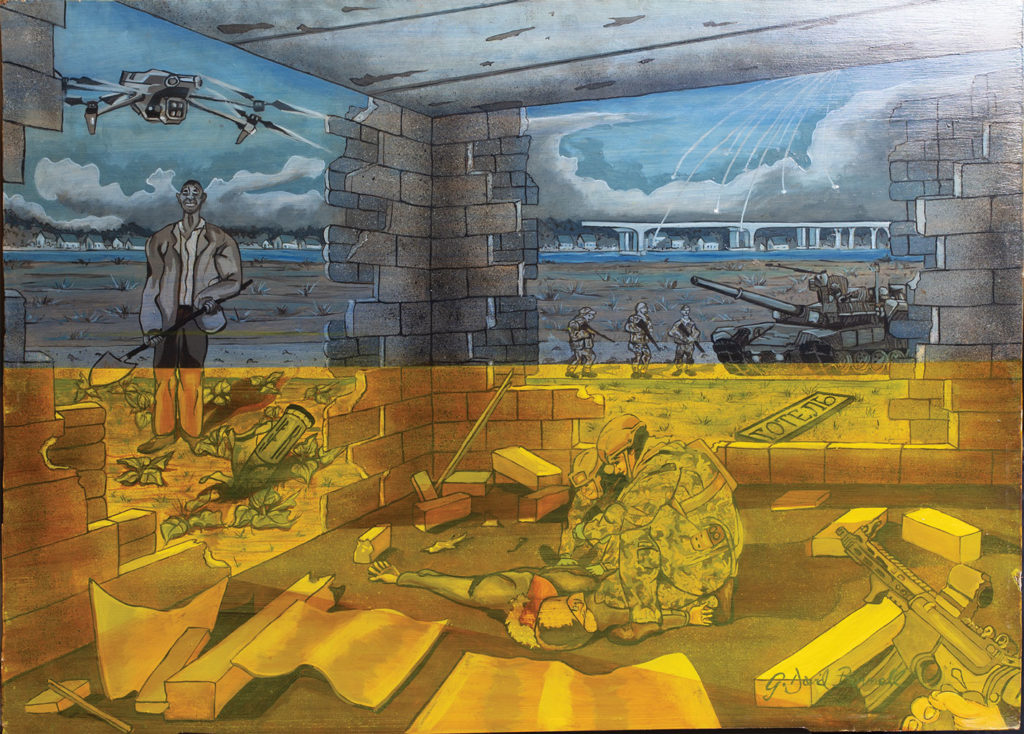 I really enjoyed interpreting Sergio Alarcon story of volunteering to fight for the Ukrainian people. It wasn’t all about one particular battle. It was all the pieces that created a whole. He spoke so softly and authoritative about death and trying to save civilians. Caught in the crossfire of war. The new drone technology. Phosphorus gas! Training soldiers in their 60’s that retired just months before this all started. Just an amazing human.
As an artist I wanted to connect to an audience and hold their interests connecting with Sergio’s memories and the sum of his amazing bravery.

The Bridge in Donetsk

“Beyond this place of wrath and tears
Looms but the horror of the Shade
And yet, the menace of the years
Finds, and shall find me, unafraid.”
– Invictus, William Ernest Henley