Inspired by the experiences of Carlton Clayton 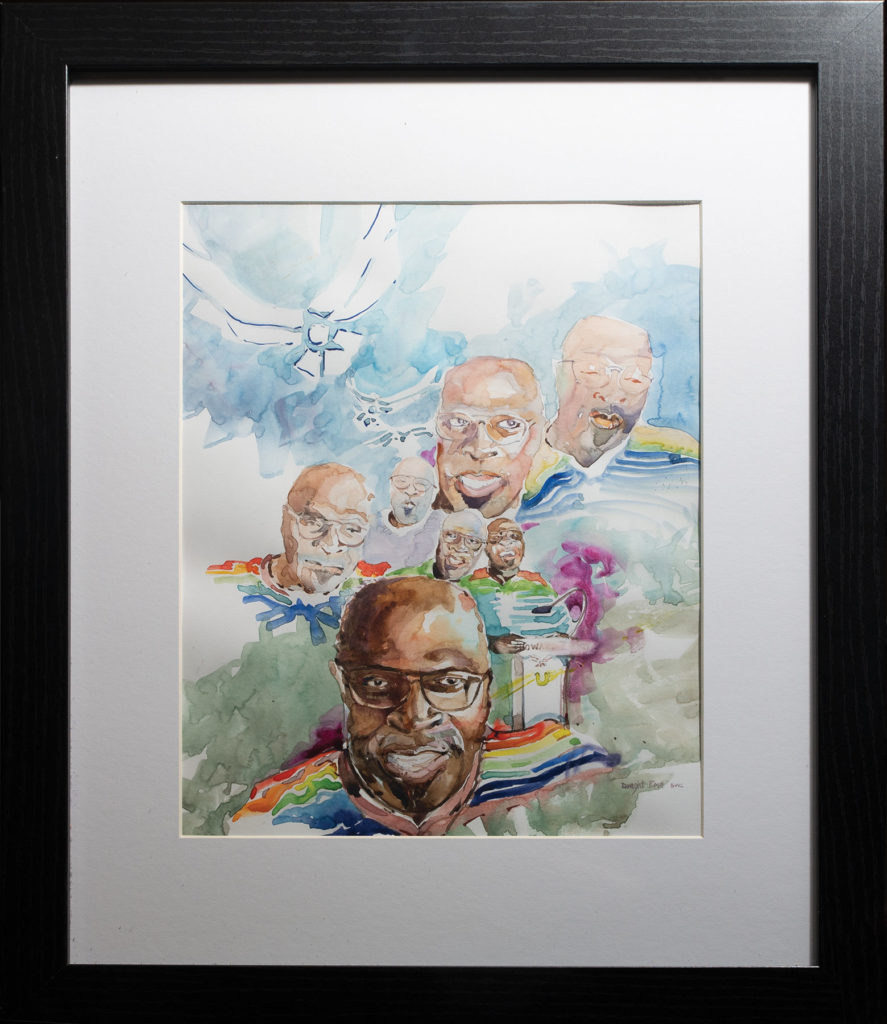 My works are based on the principles of good graphics, which comprises the use of line, and the modeling of light and experimentation with color. A drawing is done where the line provides the foundation for the subject. Through experimentation with color shifts I can create contrasts.
I use wet in wet watercolor washes, which usually sets the style for my work, a continuous layering of pigment creating translucent glazes of paint often applied in parts intuitively. Textures are created using a variety of techniques and tools. Also creating depth through contrast, which in turn gives the paintings weight and substance.
Working towards a style that combines traditional painting techniques along with inherent personal characteristics, is the impetus behind this piece.
Facebook: dwight.rose.520
Twitter: @dwightrocks1
Instagram: @watercolorimpressions
Youtube: dwightrose

At the Top of His Game

Can you remember who you were, before the world told you who you should be?”
— Charles Bukowski