Inspired by the experiences of Thadeus Jones Sr. 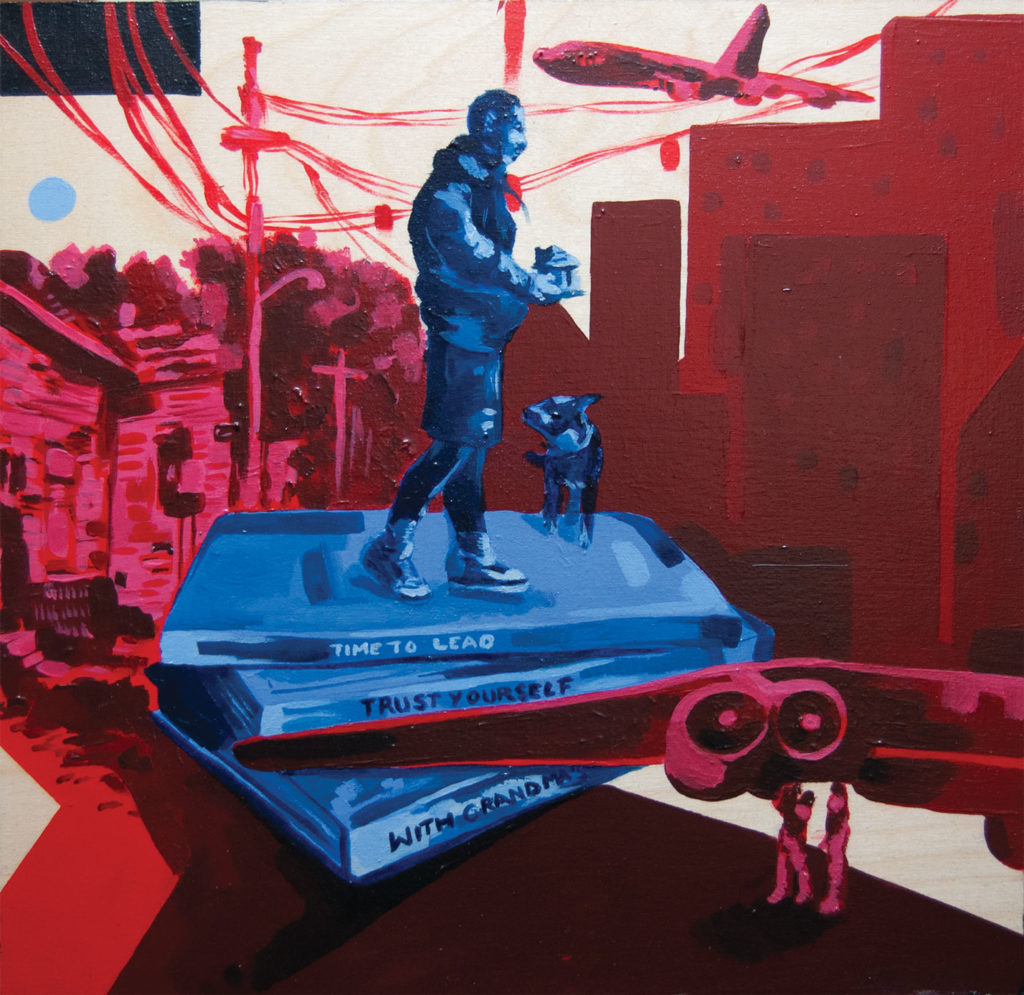 Reading Thaddeus’s story I immediately became connected. His testimony is one so many of us have and relate to. Forced by his environment and circumstances to quickly adapt in order to survive. Having to gear up with street smarts, book knowledge, faith and action to make it out of his current situation. Doing it all not only for self-preservation but with the hopes to carry one’s family to safety. In this piece I honor not only Thaddeus, but the spirit that lives in many of us to rise above our adversities with the heart to carry our homes to better grounds.
Instagram: @charitymadeit