Inspired by the experiences of Katie Willingham 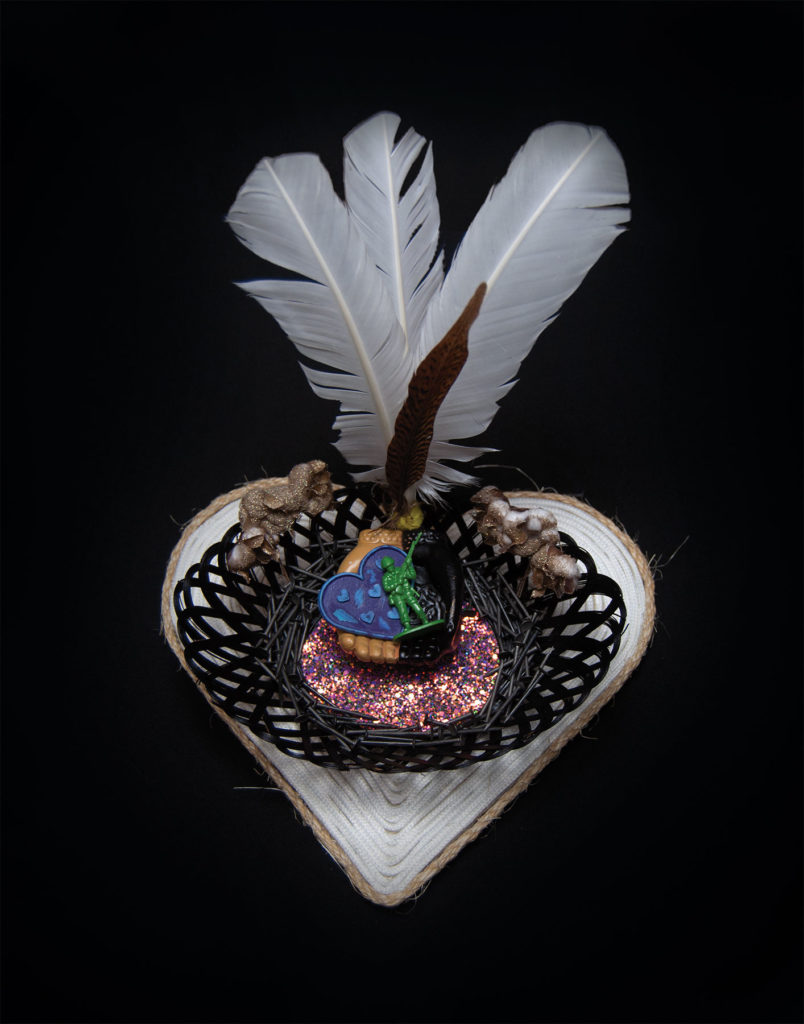 "From the Sandhills with love..."

This is about the origins of a person’s existence continuously shaping how one gives, receives, interacts, engages and expands upon their foundation as a contributing member of a family, community and society.
Instagram: @umojaizm

by Tanisha “Queen It Shall Be” Hall

[Setting] A group of Black women sit on the front porch of a home in Eastover, SC discussing heroes as children play in the yard. As the “sweet tea” flows, the women request one of their own to tell the story of THE Lieutenant Colonel Katie Willingham, again.

Oh y’all wanna hear about, Ms. Katie?!
Excuse us,
[They all say] Lieutenant Colonel Katie Willingham
That’s right
She is what we call here
An anomaly
Special, in fact
In a sea of chicks and cats
She could be a unicorn

Because regret’ll have you flake on purpose
Regret’ll have you uptight, unglued
And unable to move
Ms. Katie said if barefoot summers ain’t for you
Then beat feet is what you betta do
Hey!
I know that’s right!
Couldn’t nobody tell her to clean no house
And have her do it
No sir and no ma’am
Now, don’t get it twisted
Wasn’t like she was allergic to work or nothing
But wasn’t no greeting card pretty enough to pay for school
Ya dig?
So them Eastover eyes summer wide open to whatever the Army had to offer
Said in ‘64, it’s time to split
Said if that’s the best option, she better go ahead and take it
And so she did

Black, female, and 18
fresh outta high school
Despite what her mother and father approved of
Fresh into the military
They were just gonna have to accept it
She said she don’t know it all
But she DO know better
And this ain’t it
Ms. Katie said I’ll see you at graduation and got on that bus chile!

Almost make me wanna enlist alongside Auntie LTC
She’d probably leave me in the dusts of basic training
And come back to check on me after dinner
She said, you’ll be alright
It’s just another step
And you know she knows what she’s talking about
Over 4 decades in nursing?
28 years served?
You better come hear what this 91C got to say
Shoot!
I’m taking notes

First lesson: The Choice Is Always Yours
She said just because you can’t see it doesn’t mean
There isn’t a way
And other folks habit don’t have to be in your routine
Seems to me Ms. Katie been onto something
Onto bigger and better
She said the Army kept moving her up
I say she kept moving up the Army
Because it wasn’t like she was asked or anything
The Army don’t ask you nothing except
Do you understand?
And that’s about as common as sending females to Okinawa at that time
Nah
You weren’t asked
You were told
Somebody shoulda told them Ms. Katie was on the way
And if it ain’t right by her
Somebody had to pay

You know why?
[They all say] Why?
Because she’s good people
And you should always do unto others
Y’all know the rest
Yes ma’am, she sure is special
Been special
Anybody with good sense know you gotta be to care for folks
To spends months on end with soldiers betwixt beds and
Walls papered with dried apricots
Wondering if the frames are listening
Or speaking

You know some folks
Use pain to be mean and miserable
Use it to hurt people
Yeah,
Letterman General sure wasn’t no day at the beach
What, with the turned away
Crashing into buildings and all
But Ms. Katie just wanted to do a service
Just wanted to help at every level she could
She said she just wanted to be herself
Everything around her was so serious
Everyone so worried about the next promotion and
She just wanted to live
Anything negative made her more determined
Now she may not have any funny stories to tell
But with belief in the most high and
Ability to see things a different way
She sure is a gas to witness
Turning all those trainings,
Experiences, and pain into her own success
At a time when having no choice was common for us
She chose anyway
I call it soul savvy

Sounds to me like special ain’t a good enough word
Sounds like the word need to be more
She’s more than special
More than anomaly
And when they ask me what word describes my hero,
I’ll say, Ms. Katie,
Excuse us
[They all say] Lieutenant Colonel Katie Willingham
Is Choice

So I raise a glass to my hero
Choice