Inspired by the experiences of Ethan Gardner 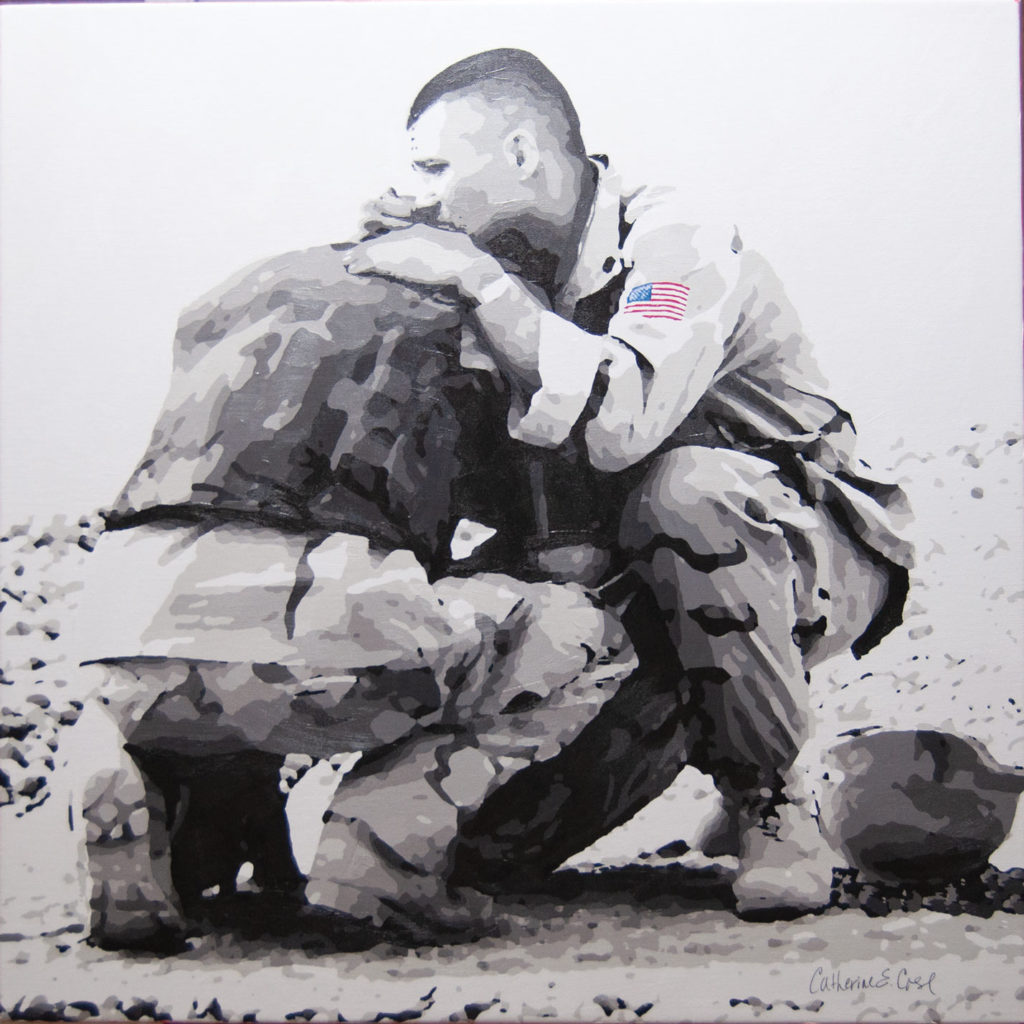 Art is precious. Art is intimate. Art is as valuable as any thing can be.
To draw, one must see. To see, one must forget all pre-existing icons, all pre-conceived notions, all rituals, with regards to the subject at hand. The ability to make a mark correctly indicates an understanding not only of the form, not only of the surface, but also of the truth behind the form, behind the surface. This makes art not about sketching or drawing or painting pretty pictures or about holding up a mirror to nature but about a higher level of communication, one that requires contemplation and communion and understanding.
The impact of my work comes not from aesthetic beauty but from psychological authenticity, with all it’s courage, vulnerability, passion and devotion; exposed as one can be. Helmets Off is a tangible narrative, but it is not my intention for others to see what I see. Rather I wish to be a catalyst for those in search of peace, to give a moment of validation, to show the trodden path through this valley, to say, “There must be a reason for this journey.”
Facebook: Catherine E. Case Art
Instagram: @catherineecaseart