Inspired by the experiences of Frederick Marx 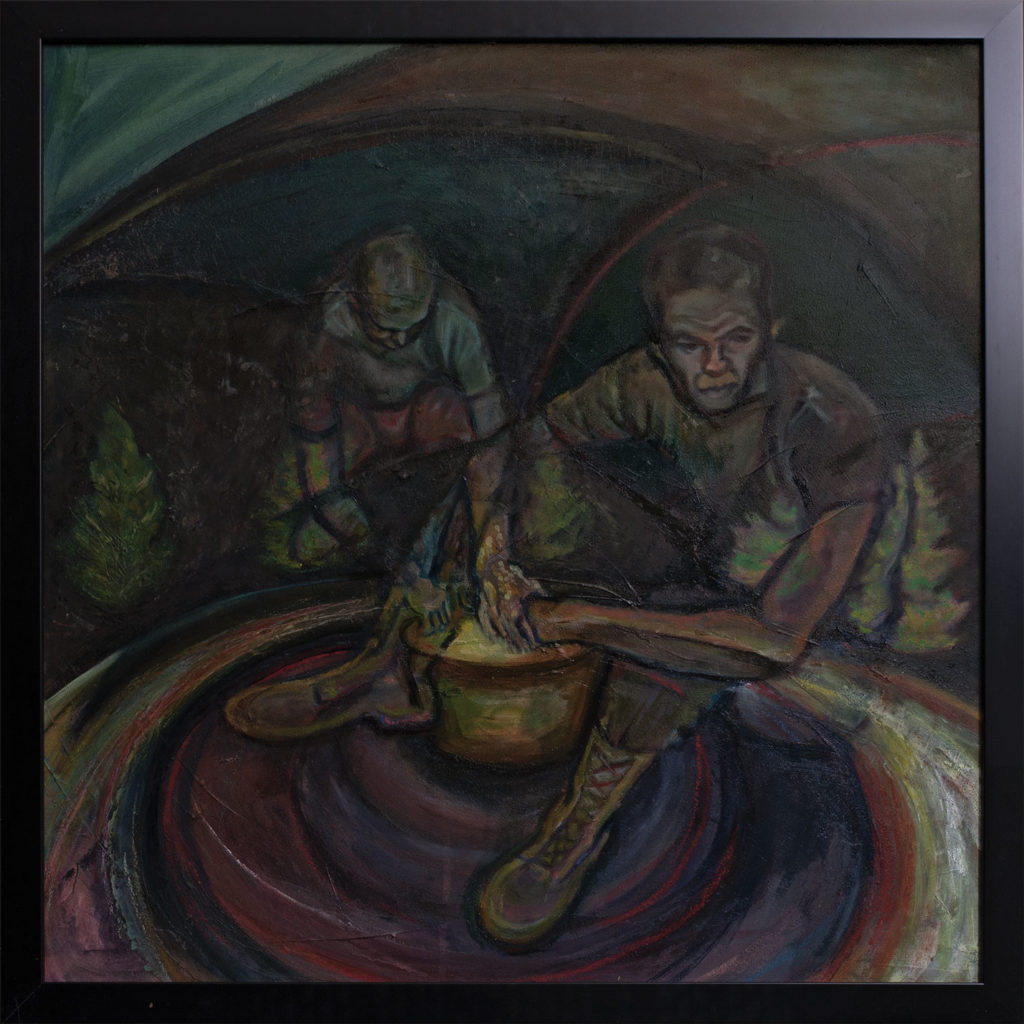 It has been refreshing to contribute to this organization. I have been making art about subject matter people tend to mentally suppress. It was a great fit being paired with the interview of documentarian Frederick Marx. He has been documenting how many of our veterans are dealing with the trauma experienced while being in the military. I have a belief that it should be standard for individuals to have healing time and mental health support while completing their service. This, I understand, is counter intuitive to the bravo mindset needed to be the soldiers our country utilizes on a steady basis, so I understood Marx’s mention of the “reverse boot camp”.
I find it encouraging to hear there are non-profit organizations for soldiers to have time to sort out the emotions from their extraversion, and it being similar to what our indigenous population used for thousands of years. This is what resonated with me for the oil painting I contributed, ‘Transcend’. I thought of how the United States could use a similar mindset for our veterans, understanding that the duties can be difficult to handle once returning home to their families and friends. I agree with Marx in regard to Bessel van der Kolk’s theories within ‘How the Body Keeps the Score’. It is an excellent resource for understanding how trauma affects our minds and bodies. Our soldiers need acknowledgement and steady mental health care in order to be able to function in their everyday lives, and I was happy to create a visual of this ideal.
Instagram: @thebarbart

“Every positive change – every jump to a higher level of energy and awareness – involves a rite of passage. Each time to ascend to a higher rung on the ladder of personal evolution, we must go through a period of discomfort, of initiation. I have never found an exception.”
– Dan Millman