Inspired by the experiences of Steven McAllister 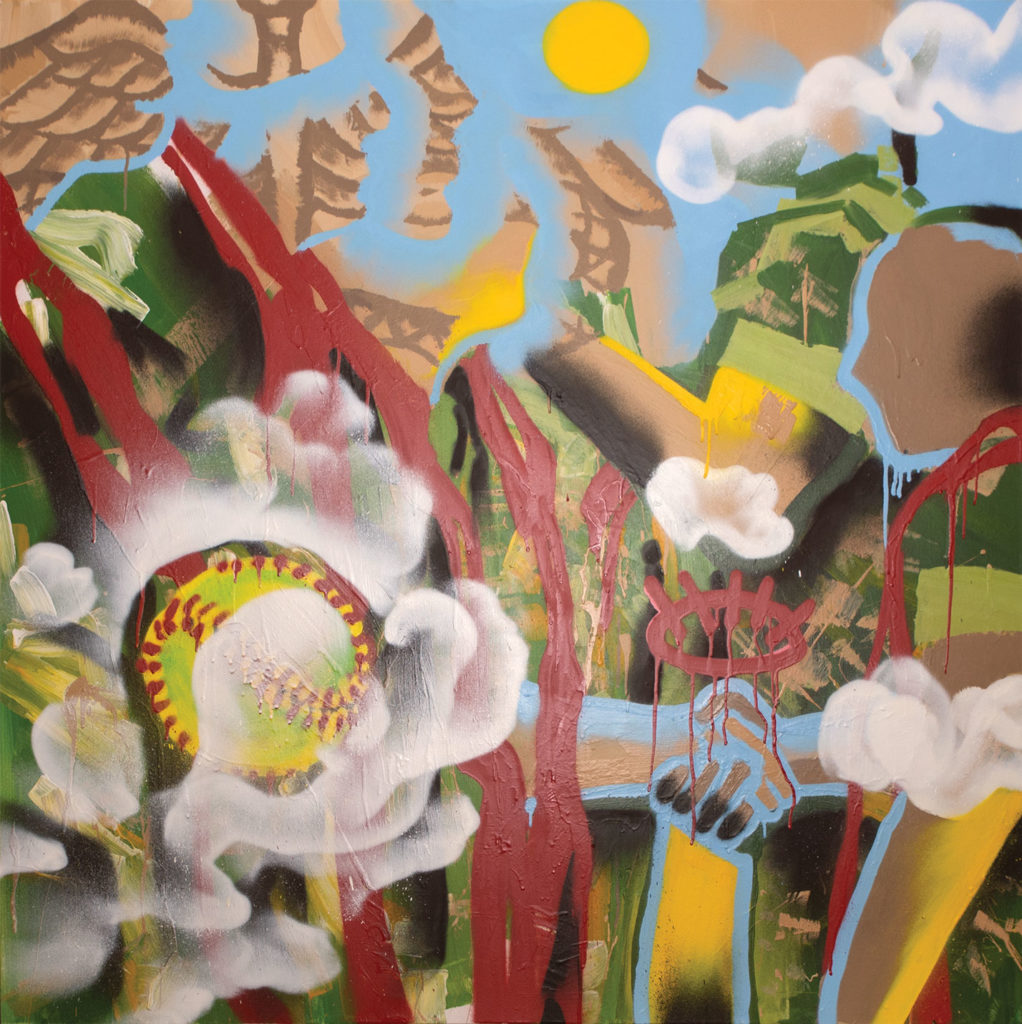 Bonds are built by experience, & those experiences are the bricks to our character structure. We all play a part, these parts creating a whole. As we continue on this mighty journey through time & space, always embrace the bigger picture.

November 1998
It’s been almost three weeks since all seniors were called into the auditorium for another boring assembly. Recruiters from every branch of the US military talked about what Uncle Sam could do for us. I’d already been thinking about enlisting because my dad was a Vietnam veteran who’d served with the Navy. I wasn’t sure if I wanted to follow in his footsteps or forge my own path and join the Marines.
After the assembly, my best friend Kelly and me decided to sit for the ASVAB the next time our school offered it just to get the ball rolling. Not gonna lie, it feels good knowing what my next steps in life are and it feels even better knowing I’m taking these steps with Kelly right beside me.
“AS-VAB—the Armed Services Vocational Aptitude Battery test. The higher we score, the more options we have.”
“I’ll probably end up in the same damn place as your gun-happy ass.” We’re both laughing when a Marine swaggers toward us with a couple of Navy recruiters on either side of him.
“Gentleman.”
“Sir.” Kelly and I get our heads out the gutter long enough to remember our manners.
“I hope you all are waiting to take the ASVAB, the Marines could use a couple of boots like y’all.”
“Yes, sir.” Kelly speaks up first. Kiss-ass.
“We already know we wanna join the Marines. Sir.”
Not to be outdone, I chime in with a smirk on my face, “Plus, I’m sorry, but who doesn’t want to wear the dress blues? I mean, you wear the dress blues, and it’s like panty droppers.” I can see he doesn’t want to entertain my remark, but he can’t hold back the loud pop of laughter that explodes from his mouth.
Still amused, he says, “I can already tell you boys’ll be a handful and probably more trouble than you’re worth. Exactly what we look for in a Marine.”

October 2000
Since joining the Navy as a corpsman meant I still got to work with the Marines, I went with it. I mean it was the next best thing. You know, cause y’all aren’t smart enough to have your own medical… lol. I’m just fucking with ya, you know if you cut me I’ll bleed green.
I had to go through field medical service training before getting assigned to 2 MARDIV 3rd Battalion 6 Marine Lima We’re in brother/sister companies. Maybe we’ll get a chance to work together or at least get drinks.
You know how medical personnel are considered part of the Geneva Convention, right?. Like we can’t get tortured if we get captured. Dude, I threw that damn card right in the trash. How they expect me to go into the field to keep my Marines alive but won’t let me carry anything above a damn M-16. Fuck that. And then they’re like I can’t shoot unless my life or somebody else’s life is in danger. I already told my Chief that if I shoot them before they shoot my Marine, then I saved my Marines life.
I told Lima, just because I’m a Navy corpsman, don’t mean I’ll be skating when it comes to doing those 25-mile hikes and the rest of PT. The only time I do the safety corpsman bit is when it’s my time in the rotation. Shit, I carry all my tactical gear plus about 45 pounds of medical equipment.
One of the most important things to me is earning the respect and friendship of the Marines I work with.
I talked to one of the Master Sergeants earning the respect of the company, and he basically told me to be respected by the Marines, I need to get out there and get with them. He said, “Do everything to show us that you want to be just like us, but also do the medical shit, too.” Some of the best advice I’ve been given since enlisting.

Early 2021
When I step into the barracks, all I hear is the ominous stomping of heavy, combat boots. On every floor of the building. I can’t do anything but laugh because I know my company is gonna light my ass up. My room is on the 2nd floor, I’m just getting ready to go inside, when they all come out in the hall chanting, blood stripes. I drop my shit inside my door and prepare to walk the gauntlet. I swear to God, this hall wasn’t this long this morning when I left to start my day and my company wasn’t this damn big either.
“Good fuckin’ job, E-4.”
“Doc, you done good boy.”
“You gonna have to earn these stripes like a real Marine.”
“You leanin’, doc. Stand up straight. You a solider or a pussy?”
When it was all over, I was smiling like a fool; so proud to have earned my blood stripes. It meant almost as much—scratch that shit—it meant more than advancing to E-4 and earning my FMF pin. These blood stripes tell me the Marines I serve with, respect me enough to give me something reserved for Marines only. I would never do anything to lose that trust and their loyalty.

August 15, 2021
This is the sixteenth year I’ve come knocking on Ms. Nesmith’s door to apologize because it should have been me. Every time I come to her house, I can’t stop crying and begging her for forgiveness. I knock on the door wearing a nice pair of jeans and a button-up shirt. I hold a vase of flowers and a box of her favorite chocolates in my hand, same as every year.
“That you, Steven?”
“Yes, ma’am. May I come in?” The door is usually open because she expects me to show up on this day
“You know the door is open, boy. Stop acting like you ain’t welcome in this house. Get your lily-white butt on in here.”
I hear her laughter through wooden door, and a little weight falls away.
“Yes, ma’am.” I step over the threshold, and there she is. Standing just as big and tall as ever. There’s only one thing I’m scared of in the South—that’s a big, Black woman that’s a mother and grandmother. Because she’s gonna tell me how it is, how she want me to be, and how she want me to think it is. I flash her my best smile and drawl, “Now, Ms. Nesmith… how you know how white my bottom is?” After she places the flowers and candy on the kitchen table, she smacks me upside my head and then gives me the kind of hug only a Black, Southern mama gives away like they aren’t worth more than everything a man owns. And. I. Lose. It. Just like I always do. I’m thrown back onto the field in Fallujah. It’s August 15,, 2005 and Kelly is laying in front of me with a hole where there wasn’t one before. The sounds and smell are pulling me under, and I’m lost.
I’m working on a gunny and Kelly is my protection; he has my back just like always.
“Steven, you good?” Kelly’s head is on a swivel as he searches for danger.
“How ‘bout you keep your eyes open, and your gun raised, while I finish up.” I respond. As soon as gunny’s on the stretcher, Clack, clack, clack! “What the fuck is that?”
In slow motion, Kelly falls backward into my arms.
“D-doc. St-Steven… tell me how. H-how b-bad is i-it.”
“Don’t worry ‘bout that shit. You won’t die. Not on my watch.”
“Y-yea, I-I h-hear you.” I know… I just know he’s not gonna make it onto the medivac alive.
“You just had to be a goddamn hero, didn’t you, Kelly?”
“I-I alway-s… g-got your.” He tries to take a breath, but it just pushes blood and fluids from his mouth.
“Goddammit, Kelly! Stay with me and shut the hell up.” He tries to smile but coughs up more blood instead.
Once the coughing subsides, he finishes his statement.
“b-back, br-oth-er.”
“Doc, call it.” Sargant Major taps me on my shoulder and circles his index finger in the air.
“Yes, sir.”
Ms. Nesmith’s strong voice and steady hands yank me back from the hell I’d descended into. The smells and sounds whoosh back into my consciousness and I’m back in the present moment. Honestly, I don’t know if I come here for her or me. I think if she would lash out at me. Make me the responsible one, I would feel better.
“Steven.”
She pulls away from me and holds my chin in her large, rough hands and forces me to look into her eyes. When she’s sure I’m paying attention she says, “You need to quit. He was put on this earth for one purpose. Y’all always had each other’s back in high school. Y’all always took care of each other in high school, he took care of you in the military.” I just stand there, shaking like the lone leaf on an otherwise empty tree. Her fingers on my chin, keeps me from dissociating so, I have to stay present and listen as she speaks.
She steps a little closer to me and intones in that voice that always sounds like she’s humming one of her gospel songs behind every syllable and states, “The Lord put him here to protect you. He did what he was supposed to do—and that is to protect you. As a corpsman and a friend.” She scrubs the tears from my face with a not-so-tender hand and does the same to hers and laughs around her next words,
“Now, you goin’ stand there and cry or you goin’ help me eat Kelly’s favorite meal to celebrate the life he lived and the life he saved.”
“I love you Ms. Nesmith.”
“You know I love you, too. Come on, I’m so hungry I could eat a whole hog—from the rooter to the tooter.”
We sat down at the kitchen table where Kelly and I spent countless hours devouring everything his mama ever cooked and ate his favorite meal. She doesn’t let me talk about the sad times; only the happy memories of the man we both love and miss. It helps knowing she doesn’t blame me—even though I can’t stop blaming myself.